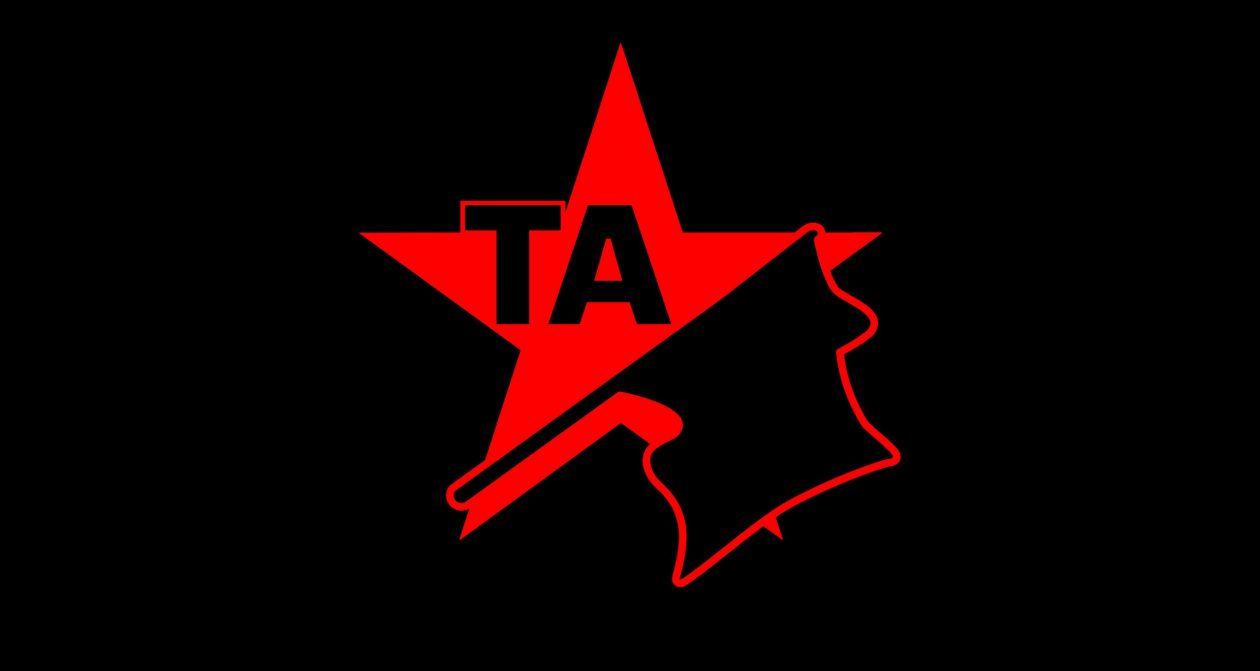 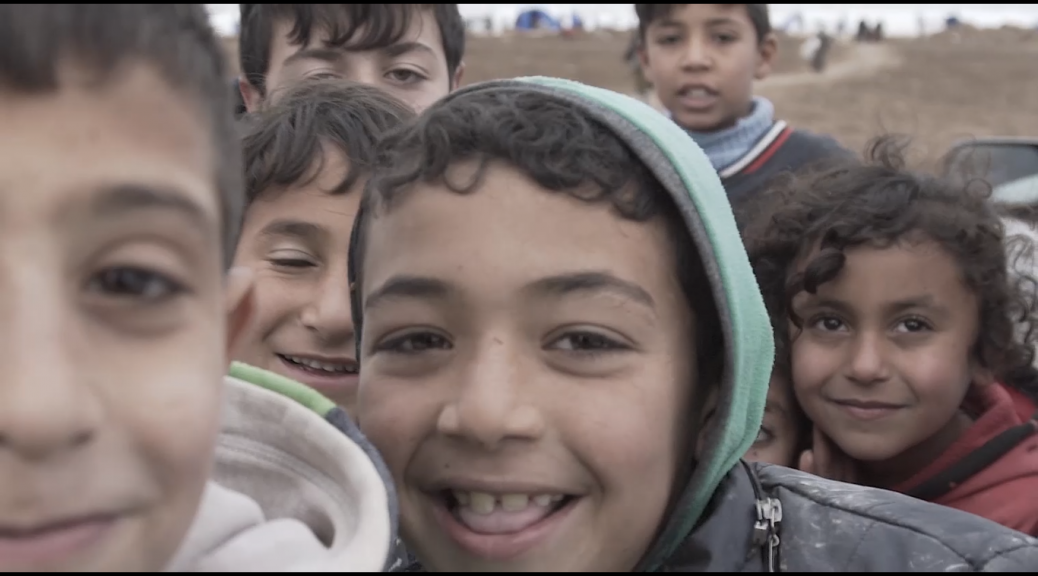 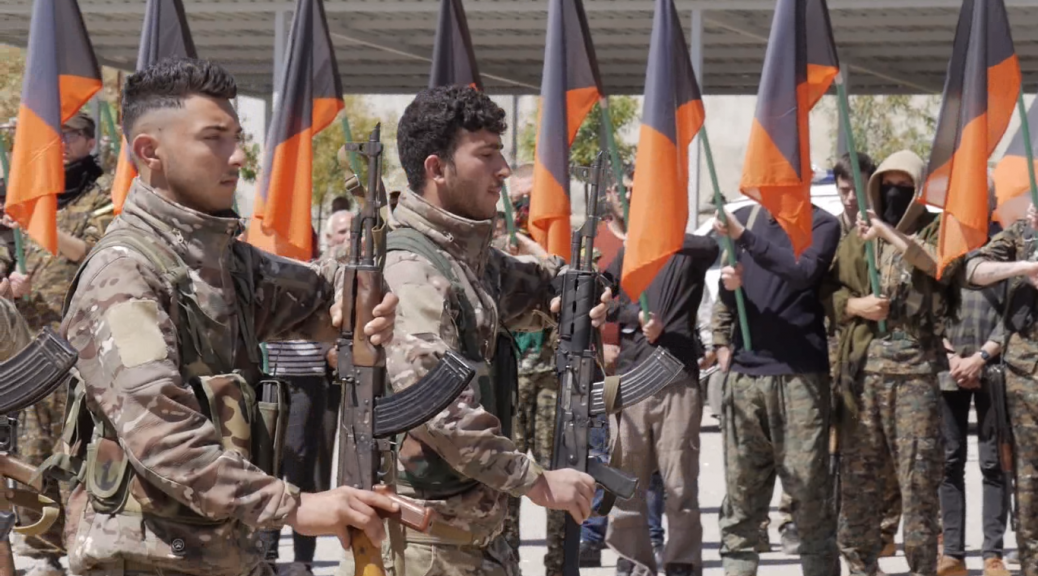 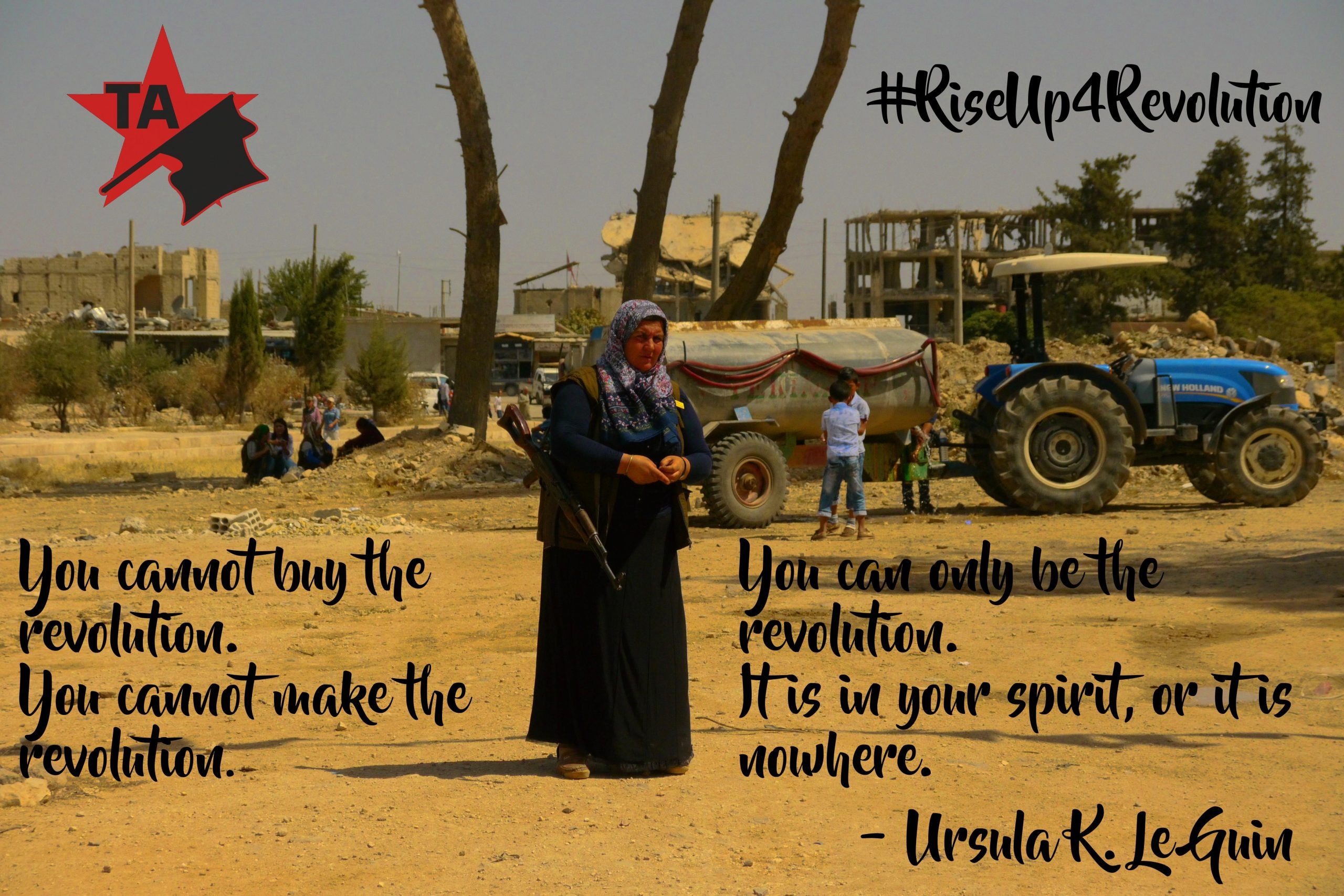 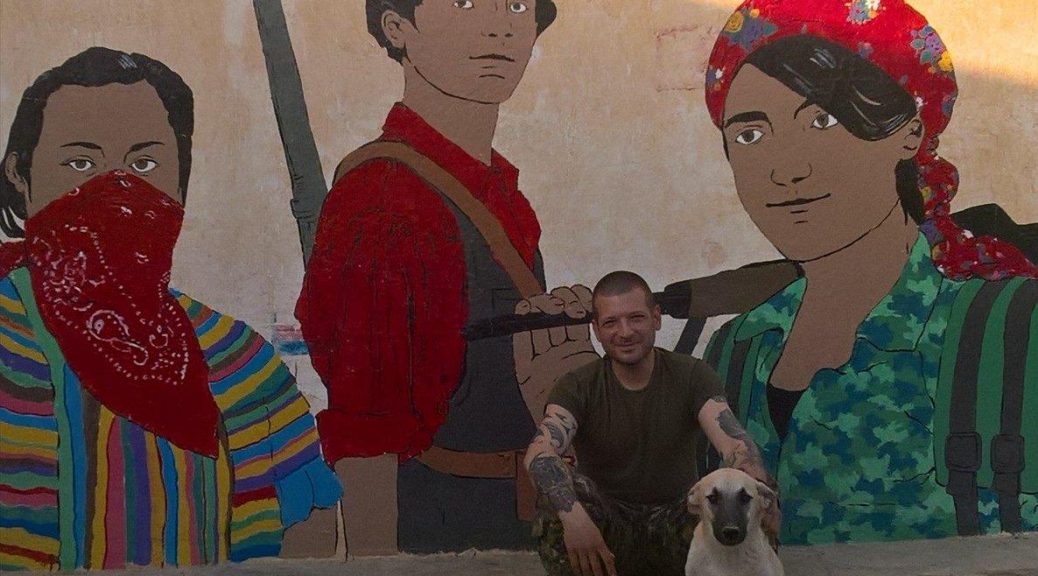 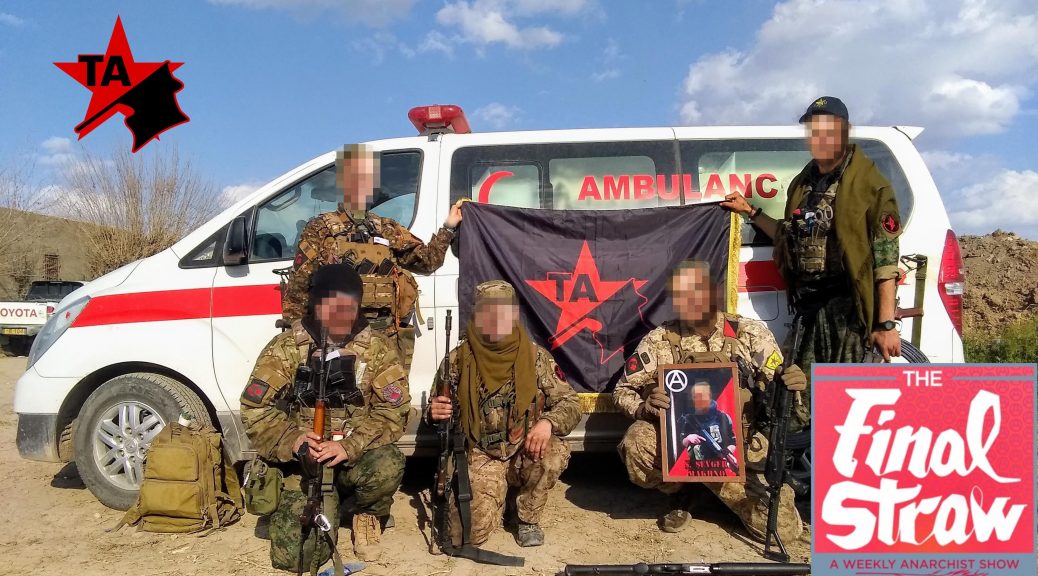 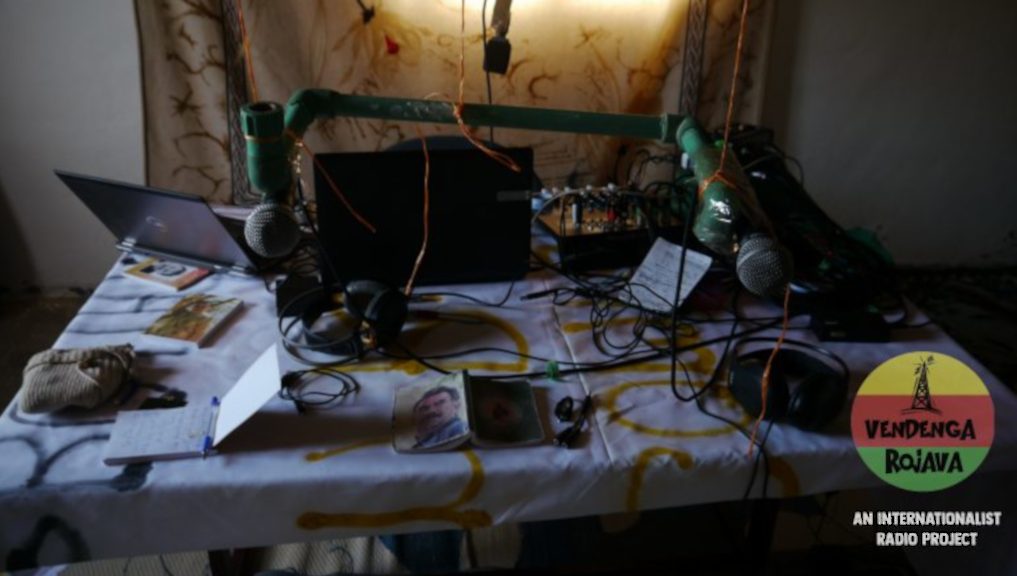 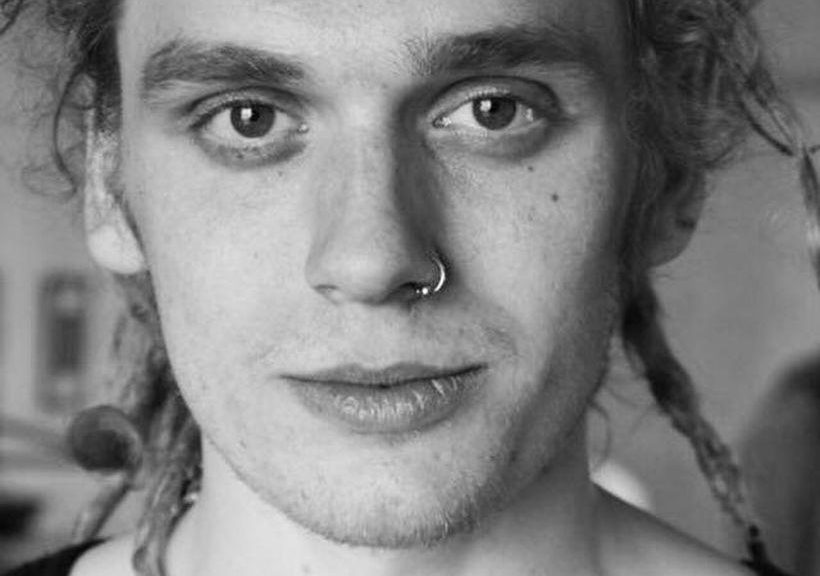 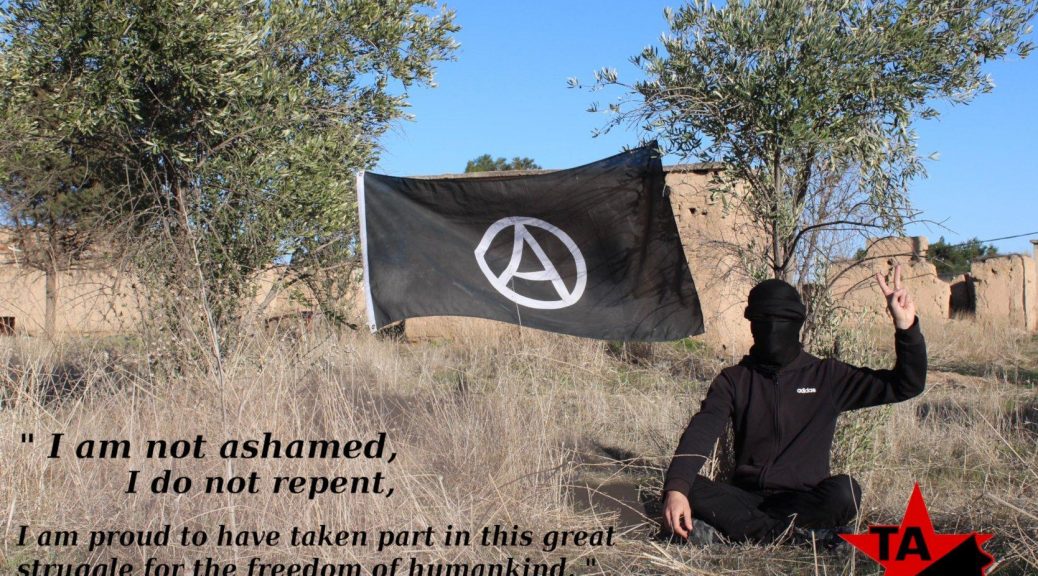 The struggle of Dimitris is ours as well! As he puts his life on the line until last minute, our comrades struggle in streets of Greece and around the world. Consider protesting outside Greek consulates and embassies. Freedom for Dimitris Koufontinas! 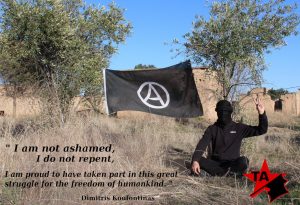 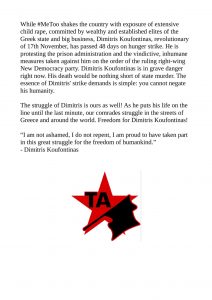 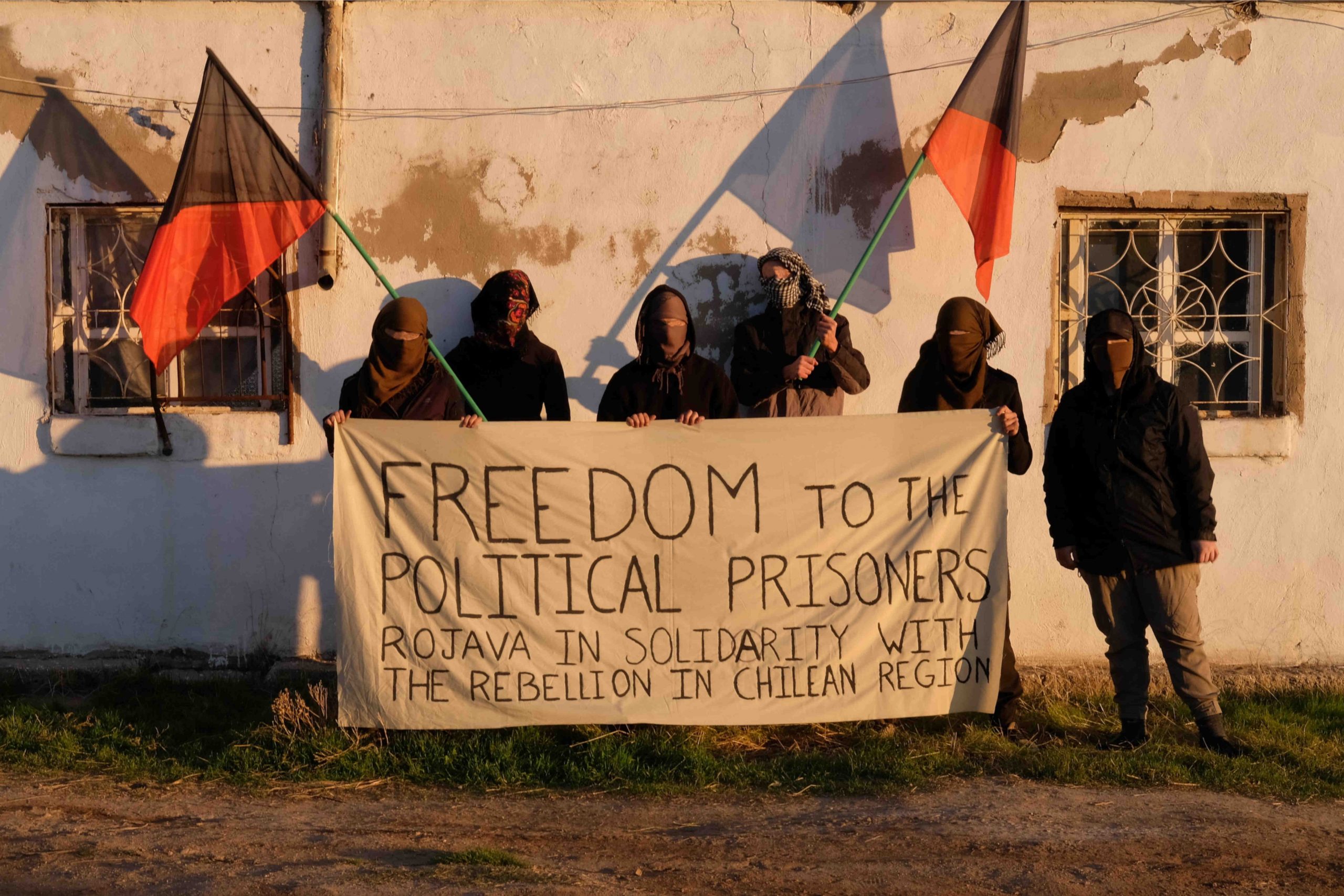 Together with more than 20 anarchist organizations, we call for a general amnesty against the represion of the Chilean State.

Free all political prioners! International solidarity with the rebelion, with special voice for the anticolonial struggle of the mapuche people! …
END_OF_DOCUMENT_TOKEN_TO_BE_REPLACED 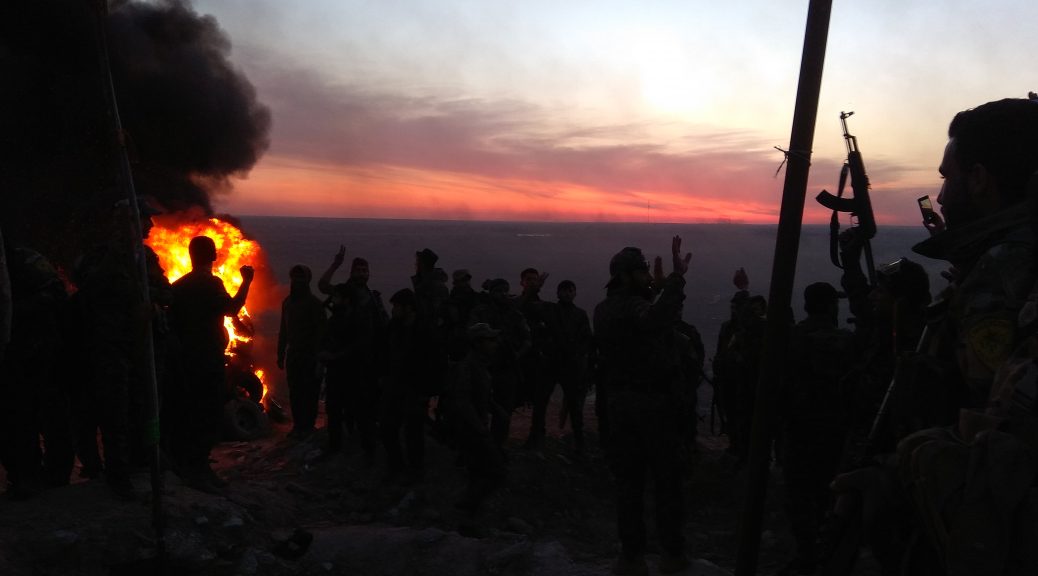 One year ago, with the blessing of Donald Trump, Turkish forces invaded Rojava seeking to perpetrate ethnic cleansing in order to forcibly resettle the area, committing summary executions and displacing hundreds of thousands of people. Since 2012, the autonomous region of Rojava had hosted a multi-ethnic experiment in self-determination and women’s autonomy while fighting the Islamic State (ISIS). Anarchists participated in resisting the Turkish invasion, some as combat medics on the ground in Syria and others as part of an international solidarity campaign. To this day, Turkish forces continue to occupy a swath of territory in Syria, but they were blocked from conquering the entire region.

Anarchists from around the world have been involved in the experiment in Rojava for many years, joining the YPJ and YPG (“People’s Protection Units”) at the time of the defense of Kobanê against the Islamic State and later forming their own organizations, including the International Revolutionary People’s Guerrilla Forces (IRPGF) and most recently, Tekoşîna Anarşîst (“Anarchist Struggle,” or TA), founded in autumn 2017. In the following extensive interview, several participants in TA compare their experiences fighting the Islamic State and fighting Turkey, explore what has occurred in Syria since the invasion, evaluate the effectiveness of anarchist interventions in Rojava, and discuss what others around the world can learn from struggles in the region. END_OF_DOCUMENT_TOKEN_TO_BE_REPLACED 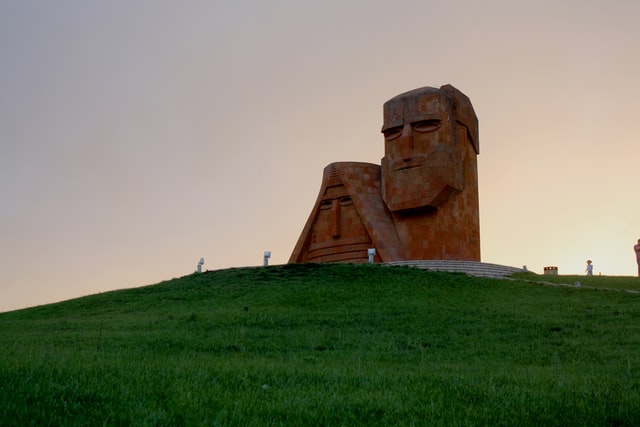 Against Turkish Imperialism
For People’s Self-Determination

We condemn the aggression of the Turkish and Azeri states against the people of Artsakh. This attack follows in the footsteps of 1915, continuing the genocide against the Armenian people…. END_OF_DOCUMENT_TOKEN_TO_BE_REPLACED 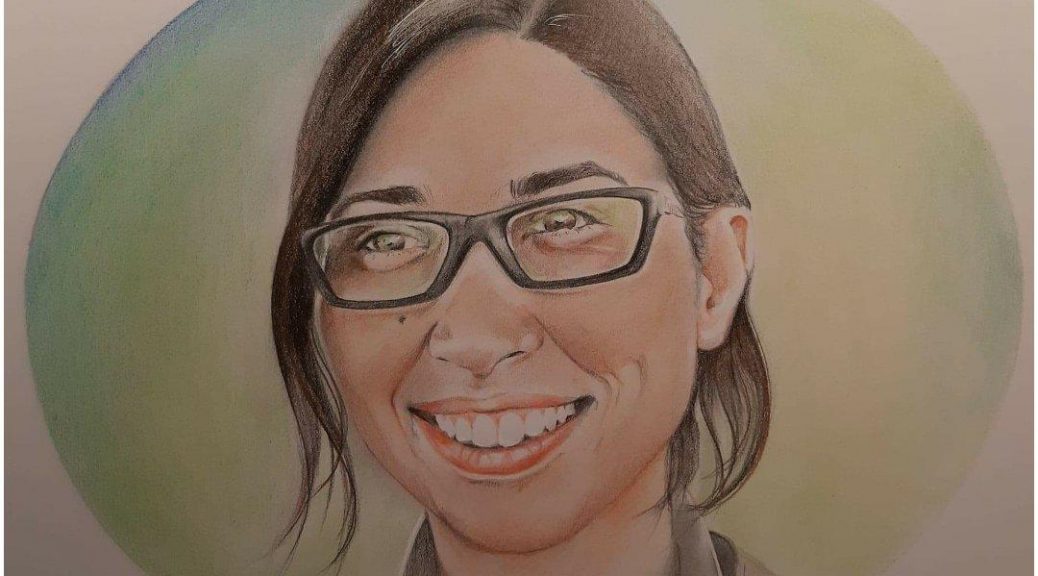 “It is our duty to remember our history of resistance, our history of struggle. To remember all those who fought for freedom with us and before us, and never forget that we are here today because of their sacrifice and dedication to the struggle.”